Ishigaki city is an excellent place for souvenir shopping, trying out the local cuisine and getting a dose of Ishigaki history and culture. One of it’s strong points is the wide variety of restaurants and bars. 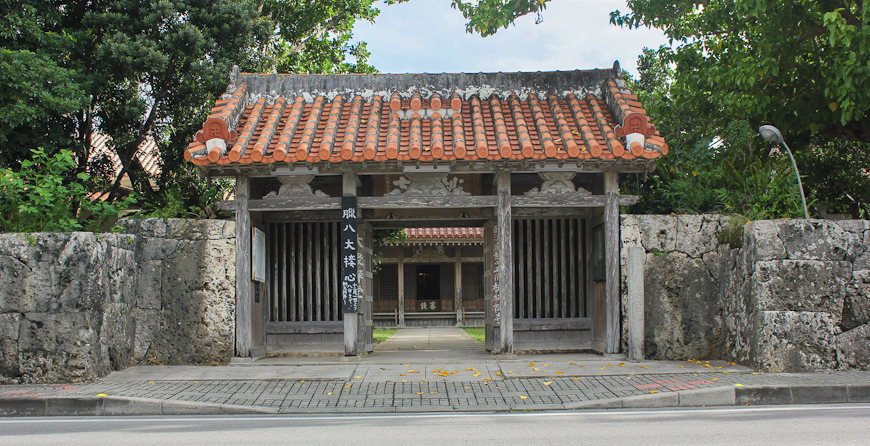 Torinji Temple was built in 1614 and is the oldest wooden building in Okinawa. In the two cages at the entrance stands two Deva kings, they are from the 18th century and the oldest wooden carvings of the region. They are said to be the guardians of Ishigaki. Next to the temple stands the Gongen-do Shinto shrine that was rebuilt after the 1771 tsunami.

The Okinawan islands were occupied by the US after WW2 and therefore everybody drove on the right-hand side of the road until the late 70’s. The prefecture was returned to Japan in 1972, but it took another six years for the traffic to change to the left-hand side. The memorial stone marks the date, July 30, 1978, when the switch happened.
The crossing is an excellent point to find your direction and orientate yourself.

This is one of three peace bells located in Japan (the other ones are in Osaka and Wakkanai City, Hokkaido). It is made out of coins and medals from around the world and is rung on the International Day of Peace.

This is a good place to watch the sunset and get friendly with the local cats. The big blue bridge is a 10min walk from the city center, add another 10min to get to the beach and the park where they sometimes have live events. There is also a new man-made beach, but it seems to be closed a lot(more info will come). 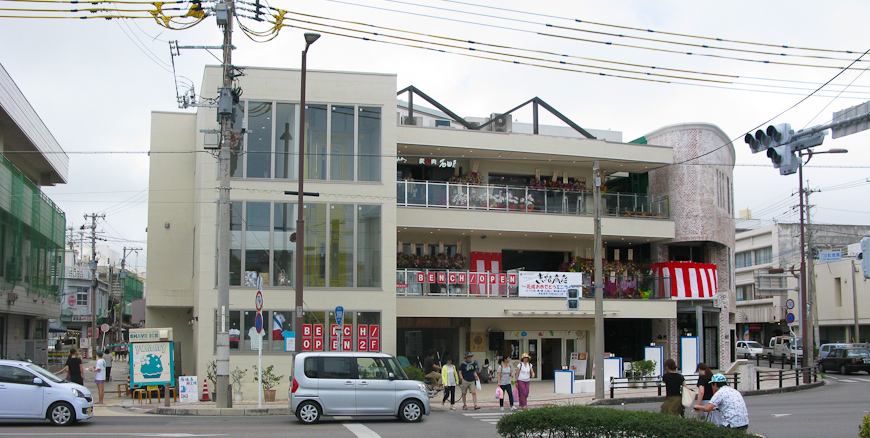 The 730 Court. Go straight forward on the left street of the court to get to euglena mall, go straight on the right street to get to the Post Office.

There are many souvenir shops in and around Ishigaki’s city center. Most of them can be found in and around Euglena mall and on the way to the ferry terminal. The Euglena mall is located right behind the Post Office and has two main streets, the one closer to the 730 crossing being the busier of them. You can find all kinds of souvenirs here, such as Shisa figures, woven Minsa textiles, Island spices, and original jewelry.

You can find everything from traditional Yaeyama dishes to Italian pasta around the city center. Orion beer is everywhere and many bars and izakayas serve original awamori cocktails. The night clubs tend to be a bit of a hit or miss when it comes to the crowds but many places have good live performances with local bands or traditional music.